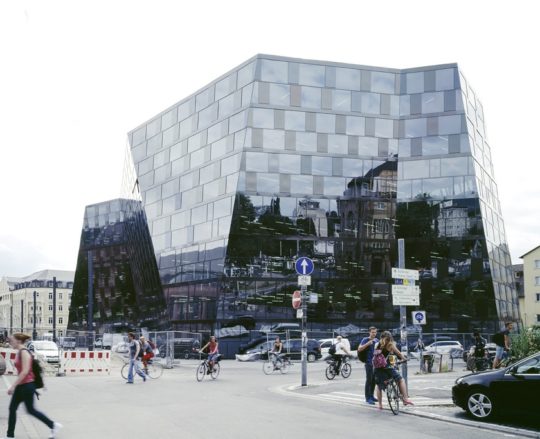 In my last post, I was stressing how encouraging Innovation is not simply about layering Innovation over existing processes and culture, but how it really is a change management project about changing the culture of an organization. If you missed it, you can read it here.

Reading through the Winnipeg Free Press today, I was provided with an example of how Winnipeg is not really committed to Innovation, but only interested in it.

So it turns out that the city of Winnipeg, is building a new library named in honour of former Mayor Bill Norrie and his wife Helen. This is a good announcement for something that is really needed. You can read the story here. I listed the CBC link instead of the Winnipeg Free Press because the Winnipeg Free Press has a pay wall. (but that lack of Innovation is for a later post at another time)

I say this is only a good announcement because libraries are always good things and the library will be addressing some shortcomings in other libraries in regards to accessibility, natural light, and outdoor spaces. And it is also beneficial that it will be connected to other facilities and public transportation. But it could have been so much more if Winnipeg’s leaders were committed to Innovation.

I’m reminded of the old joke about how the chicken is only interested about breakfast while the pig is committed to breakfast. Winnipeg is definitely interested in Innovation in Libraries as they have created Maker Spaces among other Innovations at some libraries.

How could they be committed to Innovation you ask? Well I’m glad you asked.

A key factor in Innovation is breaking down the hierarchy of control and empowering others – changing the culture. This involves those in control letting go of their authority. They no longer ‘approve’ the Innovations recommended by others and plan and design in isolation.

How would this look?

These are just a few ideas. The key is to communicate what you want to achieve and then listen to your clients.

And here is the scary part, implement what they recommend. Majority rules!

That is the scariest part of Innovation. Executives still want to ‘approve’ innovations. A culture of Innovation believes that everyone has great ideas and majority rules. There is no knowing where the great ideas come from, but it is likely to come from those closest to the value.

Usually announcements like this are made once all those things are decided.  Getting everyone involved early and empowering them with real decision making would make these announcements great.

Recently in the race for Winnipeg Mayor two candidates addressed an issue in two very different ways. It reminded me of the different Project Management methodologies that we see on Software Development projects.

The issue that was being talked about was integrity. Recently there have been some alleged situations in civic politics in Winnipeg that have raised concerns about the integrity of our politicians and whether there are conflicts of interest. The issue is an important one. What really caught my eye was how two candidates addressed the issue differently.

In the Agile Corner

We have Brian Bowman. His response to the issue of integrity was one of brutal visibility. We need to open up the City of Winnipeg’s books 100%. Let the public have full access to conflict of interest statements, expenses, meeting minutes, and voting of all politicians and committees so nothing can be hidden. Publish a schedule ahead of time to encourage citizen participation in council meetings. This reminded me of the brutal visibility we often implement on Agile projects so that  everyone can know the status of the project at any time. With the brutal visibility of Agile projects, it is impossible to hide issues as the charts will always tell the true story.

Brian Bowman’s proposal also included a component to “End discretionary exemptions for the release of information under the Freedom of Information and Protection of Privacy Act”. Now that is brutal visibility. Everything the government does could be released publicly.

You can find the proposal by Brian Bowman here.

In the Waterfall Corner

We have Judy Wasylycia-Leis. Her response was to create a role of ombudsman. This would be done by expanding the role of the city auditor. The concept was that the city auditor could then investigate issues based upon the request of council, citizens, or their own accord. (I wonder which requestor takes priority?) Judy’s response to the issue of integrity was to create a new role that would oversee and manage the integrity issues. But who then manages the manager?

You can find the proposal by Judy Wasylycia-Leis here.

This reminded of the Waterfall approach of implementing levels of control and management to provide only the appearance of better control. Instead of providing visibility of what the velocity of the developers are, let us put a manager in place to manage the developers and report the progress. These levels of management end up providing less communication and only the appearance of control as it mainly allows for the controlling of the message, not the controlling of reality. Ultimately this manager is also managed and will take direction from their manager. Whom may choose to promote the publication of some issues and the silencing of others.

These managers usually result in better looking status reports and worse off projects.

Adding layers of bureaucracy rarely improves anything but the unemployment numbers. 🙂

I thought these were two interesting and opposing takes on an important issue. And it also provides insight into the psyche of the candidates and whether they want to improve the system or control the system.

Me, I’m voting for Brian Bowman. The Agile choice.